Home / Epidemic / Crime And Opioid Use

Crime And Opioid Use

The Link Between Crime and Opioid Use

In addition to the sale and possession of drugs being a crime, there are a number of crimes associated with Opioid use. For a portion of the nearly 948,000 people who report using Heroin each year in particular, crime and Opioid use are inherently linked. Too, Opioid-related criminal offenses includes crimes directly related to supporting one’s addiction (such as stealing to pay for drugs). Moreover, many people abusing Opioids lead a lifestyle that prompts them to associate with others engaged in illicit activity (including violent crimes, trafficking, and prostitution).

With studies starting in the 1950s, researchers have demonstrated the reciprocal relationship between drugs and crime, especially Heroin. This link is typically explained in three ways:

Today, the biggest Opioid issue related to crime is Fentanyl. Though Fentanyl initially received Food and Drug Administration (FDA) approval as a treatment for severe pain, it is now more commonly found in illegal forms. A synthetic Opioid up to 100 times more powerful than Morphine and 50 times stronger than Heroin, Fentanyl is generally manufactured in Mexico and China. Then, according to the Drug Enforcement Administration (DEA), it is smuggled into the U.S. through the mail system, overnight delivery services, and through legal ports of entry aboard cars and semis. 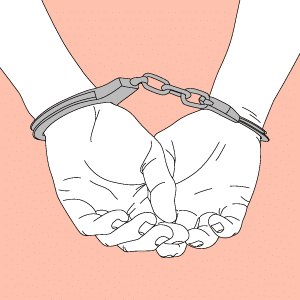 Before approving any drug for public use, the FDA considers the impact it will have on the illegal drug market and how likely the drug is to be diverted for illegal use. Fentanyl (including recently approved analogue, Dsuvia®) is one of the fastest growing drugs confiscated by law enforcement in the U.S. After entering the country vis-á-vis drug trafficking organizations (or being stolen from legitimate pharmacies by medical professionals), the drug typically is mixed with additives (such as flour, quinine, baking soda, et cetera) to reduce its potency and increase profit-making potential. Finally, it is sold by street dealers to people with an Opioid addiction – where it is now responsible for over 28,400 deaths in 2017.

Among federal and state prisoners, 20.7% reported ever using Heroin or other Opiates; 12% used them regularly.

For those without a history of drug dependence, it can be confusing why people would continue to use drugs after facing penalties from the criminal justice system. However, the mind of a person struggling with an Opioid Use Disorder (OUD) can be radically different from that of the general population. While many people start abusing Opioids for the rush of euphoria and pain-relieving effects, the body quickly becomes dependent on these drugs to produce these sensations. Heroin, for instance, is a powerful Opioid that with repeated use can turn voluntary drug use to an irresistible compulsion.

Opioids fundamentally change the way the brain functions, forcing a person to focus solely on maintaining their addiction. Opioids like Percocet® and Black Tar Heroin flood the brain with feel-good chemicals (similar to the ones naturally produced by the body, but in much greater amounts). After regular use of street Opioids – or, even a prescription pain reliever – the body becomes used to the drugs’ effects (known as a tolerance). Additionally, the body becomes increasingly dependent on these substances to function normally. Subsequently, individuals develop an addiction – their brains now hardwired to crave more and more Opioids to feel okay. When people stop using Opioids, agonizing symptoms of withdrawal can force them to turn to criminal behaviors to be able to pay for more drugs. 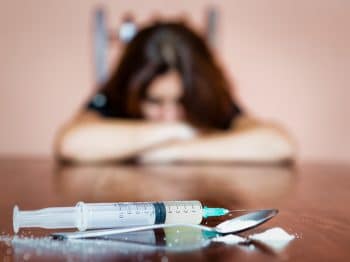 Studies show that Opioid abuse not only is strongly linked to criminal behavior but is a major cause for the escalation of criminal activity. For instance, some adolescents may participate in misdemeanor crimes (such as smoking Marijuana or driving illegally). Then, the onset of Opioid abuse will aggravate that behavior, leading to crimes like felony theft and possession.

The Importance of Recovery Programs in Preventing Crime

Drug law violations are the most common type of criminal violation in the U.S. Moreover, approximately half of state and federal prisoners met the Diagnostic and Statistical Manual (DSM) criteria for drug dependence or a Substance Use Disorder. Yet, of the individuals surveyed, less than 20% received any necessary treatment. This indicates a high prevalence of drug abuse and high incarceration rates caused by it, but a lack of institutions dedicated to reducing rates of addiction and recidivism.

More so than any form of punishment, addiction treatment offers the best, evidence-based solution to recovery. Because Opioids change the way the brain works, many people with an Opioid addiction are driven to commit behaviors they otherwise would avoid. For example, to prevent excruciating withdrawal symptoms, a person might steal or engage in prostitution to get money to pay for more drugs. Too, people with an Opioid addiction are more likely to have a group of friends who also abuse drugs. Being surrounded by individuals engaging in regular criminal activity not only normalizes the behavior but allows peer pressure to prevent the individual from stopping drug abuse.

Detox followed by inpatient or outpatient rehab can help these individuals break free of the control of their addiction and learn to make positive choices for their life. As such, the criminal justice system in many states provides addiction treatment that can include therapy provided to prisoners, treatment mandated by a parole board, and community-based treatment centers and support groups after release from jail – a monumentally precarious time in an individual’s recovery journey. Upon release, it is crucial men and women seek the support of program’s that encourage sobriety, avoid places connected to past drug activity, and don’t reconnect with people who still abuse substances. 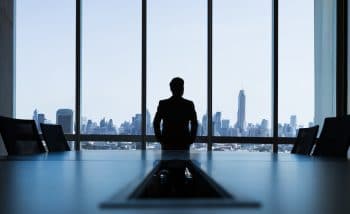 In the United States in the past year, the fallout from the Opioid Epidemic has led many state and federal prosecutors to charge doctors, nurses, pharmacists, and Opioid manufacturers and distributors with crimes relating to the spread of Opioid addiction. For instance, in some Ohio towns, prescription Opioid-writers and pharmacies have come under fire for purposely over-prescribing Opioids, filling prescriptions that are known to be fraudulent, and taking money in return for medications. At the corporate level, pharmaceutical companies have deliberately misled the public about the addictiveness of their drugs and marketed them fraudulently.

Already, the state of Oklahoma has settled two cases for millions of dollars with drug manufacturers Teva Pharmaceuticals and Purdue Pharma. Hundreds of lawsuits across the country are currently underway, including cases against medical goods conglomerate, Johnson & Johnson. As of mid-2019, nearly every state in the country has an active lawsuit against the makers of OxyContin®, Purdue Pharma, as well as prominent members of the family that ran the company, the Sacklers.