Lean, also known as Purple Drank and Sizzurp, is a recreational drug that is a mixture of prescription-strength cough medicine, soft drinks and hard, fruit-flavored candy. The prescription cough syrups used to make lean are dangerous and often contain Codeine, a powerful Opioid drug. Codeine is a cough suppressant used to relieve mild to moderate pain and heavily regulated as a Schedule II narcotic. When Codeine is consumed in large doses or for recreational purposes, it can cause extremely harmful effects such as coma or even death. Because Lean is a combination of liquids, users can easily lose track of how much of the drug they have consumed since the cough syrup is masked by the pleasant flavors of soda and candy. Another active ingredient in some cough syrups is Promethazine, an antihistamine that causes sedative effects and can impair motor functioning.

Cough syrups have been widely abused for years, especially by adolescents that want to get high without having to pay for illicit drugs. However, the mixture of Codeine, soda, and hard candy like Jolly Ranchers first became popularized by blues singers in the South during the 1980’s. Since then, countless celebrities and famous rappers, such as Lil’ Wayne and Three Six Mafia, have partied with the drug and featured it in hit songs. Lean has been responsible for the deaths of a number of hip-hop entertainers and is still a very popular party drink among young people around the world today.

Lean earned its name from the effect that the drink has on users; when Codeine and Promethazine are combined, it can cause a person to slump over or “lean.” Promethezane acts as a sedative, and Codeine creates a euphoric effect that lasts between 3-6 hours. The effects of Codeine are similar to those of other addictive Opioids and typically take about 30 minutes to kick in after consumption. Some of the possible side effects of drinking Lean include:

It is very easy to overdose on Lean because there is no set quantity of ingredients. Similar to other street drugs, the potency of the drink changes depending on who makes the mixture and most individuals don’t know the actual soda-to-Codeine ratio that they are consuming. Codeine is a powerful central nervous system depressant and slows down functioning of neurons in the brain. When a person takes too high of a dose, vital functions can be slowed to the point that the person experiences significant sedation and respiratory suppression. Symptoms of Lean overdose include: 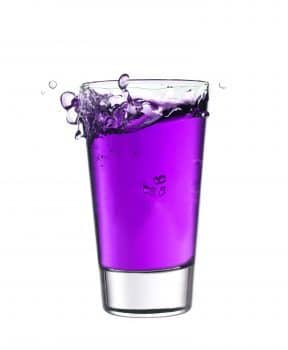 Due to the Codeine that is in the cough syrup, Lean is extremely addictive. As with other Opioids, tolerance to the mixture will begin to develop and users will require higher amounts of Lean to get the same euphoric feeling they had the first time that they drank it. As people drink more and more Lean, they become both physically and psychologically dependent.

The abuse of Codeine and other prescription Opioids has increased over the past two decades, especially among school aged adolescents and teens from grades 7-12. According to the 2011 Monitoring the Future Report published by the Drug Enforcement Agency, 2.9% of 8th graders, 4.3% of 10th graders, and 5.0% of 12th graders abused cough and cold medicines in the previous year for recreational purposes. Although new laws have tried to limit and track Codeine use and prescriptions, many teens obtain the cough syrup for Lean illegally.

Those who become dependent on Lean typically experience withdrawal symptoms when they attempt to stop drinking the mixture, as the body and brain have become accustomed to the presence of Codeine. Even after just a short amount of time recreationally using Lean, the brain gets used to the effects of the drug and modifies to the reaction it produces within your body. Withdrawal then occurs because the body is deprived of the surges of dopamine and has to adjust to function without it.

Common symptoms of Codeine withdrawal include:

These symptoms can be debilitating and apply a lot of pressure on someone suffering from addiction, especially without medical assistance to help manage the pain. Many recovering Lean users will relapse simply because the discomfort of withdrawal symptoms can be too much to bear. It is highly recommended that users who are trying to quit Lean enter a medically-supervised detox center for professional help getting through the withdrawal process.

In some areas of the country, recreational Lean users have changed the typical recipe for the drink and switched Codeine cough syrup out for another over-the-counter prescription cough suppressant: Dextromethorphan (DXM). DXM can be found in medications such as Vick’s 44®, NyQuil®, Theraflu®, and Robitussin®. Most of these cough syrups can be purchased over the counter without a doctor’s prescription, which makes them extremely easy to buy and abuse.

Drinking this new mixture is called “robotripping,” a play on words of the name brand Robitussin®. While “robotripping” can get consumers high, it works differently than the Codeine found in Lean. Whereas Opioids attach to neurotransmitters and block pain while inducing feelings of euphoria, DXM blocks the excitatory neurotransmitter N-methyl-d-aspartate (NDMA). DXM then produces feelings of dissociation and “out of body” hallucinations, much like that of hallucinogens such as Ketamine and PCP. Similar to drinking Lean, studies have shown that “robotripping” can cause recreational users to develop DXM tolerance, addiction, and withdrawal.

Getting Help for Lean Addiction

Drinking Lean is an extremely dangerous habit. Continued use of the narcotic mixture can quickly lead to addiction and overdose. Fortunately, there are many adolescent and adult rehabilitation programs that can help people struggling with an Opioid addiction recover. Depending on an individual’s situation and needs, the best option may be to attend detox facility and  a residential program or to seek out support groups and individual counseling.