What Are the Mental Effects of Opioid Addiction?

Opioids are a class of drugs with chemical structures similar to those found in Opium, and attach to the same mu-Opioid receptors in the brain. They may be derived from Opiates (or, products of Opium paste) directly or manufactured from manmade chemicals, producing synthetic Opioids. The mental effects of an Opioid addiction, as such, are similar for the entire category of substances. Thus, the prolonged abuse of prescription Opioids like Oxycodone results in the same brain and bodily damage as Heroin.

When Opioids enter the brain, no matter how the drug was taken, they bind to certain receptors in the brain involved in regulating physical systems (such as regulating heart and breathing rates). Too, they bind to receptors that affect purely psychological processes. The immediate mental effects of Opioid abuse are characterized by a sense of euphoria or pleasure, also known as the drugs’ “high”. Hallucinations may also be among the immediate mental effects of Opioids in some people.

Short-term mental effects of Opioids include:

In a relatively short period of time, the brain can become accustomed to the changes caused by Opioid abuse. This is because Opioids (especially potent ones like Fentanyl) break down quickly in the body. For people with a severe Opioid addiction, effects can last less than a few hours (instead of the typical 6 – 8), necessitating another “hit” to prevent withdrawal. Rapidly, the body will come to fully rely on the abuse of Opioids to function normally and stave off painful withdrawal symptoms.

Opioids are known to be among the most addictive substances on Earth due to the difficult-to-reverse changes they make in the brain. Dopamine released by the reward system while abusing Opioids is the primary force behind addiction. Additionally, research now shows a notable loss of white matter in the brain (responsible for behavior control). In the long-term, decision-making and the ability to control one’s behavior or responses to stressors may be greatly impaired.

Other long-term, mental effects of Opioid addiction and withdrawal include:

Luckily, all of these effects are reversible. However, they may last 12-18 months. Those which persist for longer than about two weeks are referred to as Post-Acute Withdrawal Symptoms (PAWS) and typically dissipate as time progresses. 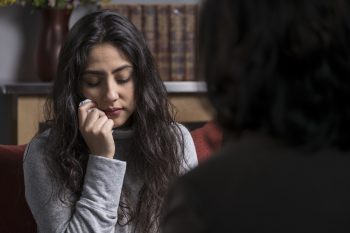 In particular, drug cravings are responsible for a range of behaviors that can seem uncontrollable to the individual struggling with his or her addiction. These mental changes can severely affect behaviors necessary for a healthy life. For instance, drug cravings may lead someone to participate in risky or criminal behaviors to secure more drugs. Selling drugs, prostitution, and stealing are some examples of drug-seeking behavior. People with an Opioid Use Disorder (OUD) may engage in these behaviors despite the obvious detriment to their health and well-being.

Many people suffering from addiction also experience mental illnesses (such as antisocial personality disorder and depression). The relationship between addiction and depression is “bi-directional,” or, one disorder increases the risk of developing the other. One study found that 10% of patients with an Opioid prescription will develop depression after entering treatment for pain relief (none had a prior diagnosis of depression). Some recent research suggests that hormonal and dopamine interference caused by Opioids plays a part in developing depression. Some research also suggests that people with depression may not be able to feel the full effects of some prescription Opioids, causing them to take bigger doses.

Some mental symptoms of depression overlap those of Opioid addiction, including:

When depression goes untreated, recovering from addiction can be immensely difficult. Heroin abuse, especially, is linked to suicidal thoughts and attempts. Among those who suffer from a Heroin Use Disorder, 35% fall victim to death by suicide. Subsequently, treatment for addiction and co-morbid mental illnesses should include medically-supervised detox and a drug rehab program that employs addiction treatment medications and research-backed therapies (such as cognitive behavioral therapy).

Mental Effects of Opioids on Adolescents 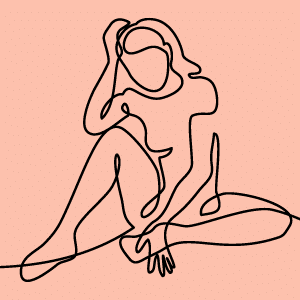 The intense effects of Opioids on the brain are even greater (and more dangerous) among adolescents who abuse Opioids. In 2016, 3.6% of teens between 12 and 17 years-old misused Opioids – twice the number of the next age group, young adults between 18 and 25 years-old. While the majority of this type of drug abuse involves prescription Opioids and not Heroin, because all Opioids have similar effects, the results on cognitive functioning is the same.

Adolescent brains are at an even greater risk of negative mental effects caused by Opioid abuse. The brain continues to develop until about the age of 25 years-old and any damage it suffers during this period can slow or halt its growth. White matter and prefrontal cortex damage in the brain of a 15-year-old can leave them with lifelong mental impairment, including inability to properly regulate their emotions, their responses to stressful situations, and make sound decisions. It also has the potential to lower IQ levels during brain development. Moreover, teens who initiate drug use earlier are more likely to carry lifelong addictions, experience more overdoses, and die earlier than those who start using drugs later in life.

Preventing Opioid abuse, for all ages, is the only way to completely prevent the negative mental effects of Opioid addiction. For people who may already have an Opioid use disorder, it is vital they seek professional help.