Oxycodone is a semi-synthetic, prescription Opioid derived from the Opium poppy plant. Typically, it has been manufactured with the plant’s Thebaine alkaloids. As an Opioid, its effects on the body are similar to those of Morphine (but with approximately two-thirds the potency) and can alleviate pain. However, As Central Nervous System (CNS) depressants, Oxycodone and other Opioids also simultaneously reduce the person’s breathing rate, sometimes to the point of overdose and death. Nonetheless, Oxycodone is one of the most commonly prescribed pain relievers in the United States, in addition to being one of the top three prescription Opioids involved in Opioid-related overdose deaths.

Oxycodone can be prescribed as a pill or solution and with acetaminophen (Percocet®) or without (OxyContin®). Prescriptions are intended to treat moderate to severe, long-term pain not easily managed by other Opioids. Oxycodone is a Schedule II substance, meaning it carries a high potential for abuse. People who abuse their prescription typically crush and snort their pills, chew them, or dissolve the crushed powder into liquid to be injected (bypassing the pill’s time- and extended-release mechanisms).

Common Street Names for Oxycodone Include:

Individuals under the influence of Oxycodone are commonly referred to as “jammed.”

Effects of Oxycodone Use

Like other Opioids, Oxycodone binds to certain receptors in the central nervous system responsible for regulating pain and pleasure signals. The initial effects of Opioids on the body include a euphoric “rush” and slowed breathing. The high caused by Opioids is partly responsible for the establishment of addiction. Oxycodone’s effects on breathing can become lethal if slowed too much, resulting in a lack of oxygen to the brain and overdose death.

Other effects of Oxycodone include:

The U.S. consumes approximately 81% of the global Oxycodone market.

Every day in the U.S., 46 people die of prescription Opioid-related overdose.

The rate of prescription Opioid overdoses increased significantly among adults 65 years or older in 2017. 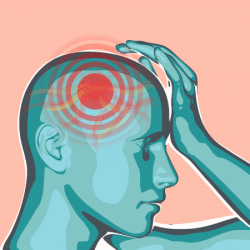 Anyone, regardless of age, race, gender, or background, can develop an Oxycodone addiction. Even those taking their medication as legally prescribed by their doctor can become dependent and even addicted. Among patients with an 8-day Opioid prescription, 13.5% were still using them a year later; 30% of patients with a 1-month prescription continued to seek prescription renewals the next year.

Opioids reduce pain signals sent by the body to the brain and repeated exposure to them can reduce their effectiveness over time (known as a tolerance). The development of a tolerance to Oxycodone often leads individuals to taking increasing doses to get the same effects as before. A dependence on Opioids to feel normal can (but does not always) result in an Opioid Use Disorder (characterized by uncontrollable drug-seeking behavior).

Symptoms of an Oxycodone Addiction

People with an Oxycodone dependence (that is, their body needs a regular supply to feel normal) will feel symptoms of withdrawal once they stop taking or reduce their dosage of the drug. The symptoms of Opioid withdrawal generally include a return of the symptoms originally treated by the prescription in addition to many others.

Other symptoms of Oxycodone withdrawal include:

If someone uses a taper down method, withdrawal symptoms typically start within 6 to 8 hours of the last dose, worsen between days 2 and 3, and last for approximately 5 to 7 days. If the individual quits cold turkey, withdrawal symptoms are likely to be much more severe and last much longer. Vomiting and diarrhea can be fatal if the person becomes too dehydrated. For this reason, medically-supervised detox is recommended for people recovering from an Opioid addiction. Addiction treatment medications like Methadone and Buprenorphine have been shown to reduce painful withdrawal symptoms and increase the likelihood of completing a recovery program.

If you or someone you know is struggling with an addiction to Oxycodone or other prescription medications, don’t hesitate to reach out to a treatment provider for help with rehab questions.