What Is Black Tar Heroin?

Heroin abuse is one of the leading causes of death in the United States. The Opioid Epidemic has taken the lives of hundreds of thousands of Americans, claiming over 115 people each day. Black tar heroin is a solid, dark form of heroin, which like all heroin, stems from morphine. Black Tar Heroin may come from Asia, South, or Central America, but is most closely associated with Mexico and the Cartels that smuggle most of the supply into the United States.

Black Tar Heroin is most common west of the Mississippi River, but it is found throughout the United States. For example, the state of Hawaii has noted an increase in Black Tar Heroin use. A recent news headline noted a local police officer confiscated 600 grams of Black Tar Heroin last year in Kauai, Hawaii. The profit margin for Black Tar Heroin are extremely high and the demand is also startling. Black Tar Heroin is just as addictive as regular Heroin, and at $6 a dose in many places, often a cheaper alternative.

In addition to Black Tar, Heroin is often commonly sold in a powdered form. Powdered Heroin is most typically white, but may also be brown, beige, black, off-white, gray, or tan. Powdered heroin is often dissolved into water to form a liquid that is injected, although it may also be smoked or snorted. In some cases, heroin is found in a sticky black or form form with the consistency of resin.

Similar to powdered or liquid Heroin, Black Tar Heroin is a dangerous chemical with extremely addicting properties. However, the color is usually darker and the texture greatly differs from regular Heroin. The consistency is solid and typically comes shaped like a ball. Its hardened texture comes from the way it is processed. The crude processing form used to create Black Tar Heroin produces its sticky consistency. Black Tar Heroin has a distinct smell of vinegar, which is largely because of other chemicals used to create it.

Black Tar Heroin is highly addictive and produces several long-term effects in users. Long-term effects of black tar heroin include lung disease, heart infections, mental disorders, and kidney disease. The most detrimental side effect is both a fatal and non-fatal overdose. Black Tar Heroin creates visible signs of abuse, such as: 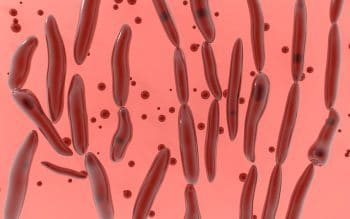 Wound botulism is a “rare but serious illness” marked by bacteria that contaminate nerves in the body. Botulinum and other organism enter the body through open wounds, like those caused by needles. Typically, in cases of Heroin abuse, wound botulism occurs from wound infections caused by injection, popping skin, or popping Black Tar Heroin.

Because bacteria are hard to see, people who use needles would not know if the bacteria will infect them once they inject Heroin. High heat does little to kill the bacteria; the strain of germs creating botulisms cannot be contracted like a cold can—only through shared needles. Wound botulism manifests in symptoms like:

As a result of Black Tar Heroin and liquid Heroin abuse, the CDC reported 9 cases of wound botulisms in 2018 in California alone. There was 1 death which emerged from these cases. The connecting factors in all 9 of these cases were directly related to heroin abuse.

Black Tar Heroin abuse can easily result from a prescription opioid dependence, although this is not always the case. Much of American’s Opioid Epidemic  can be traced to current and former patients using pills like Percocet and Oxycodone and becoming dependent. As a result, they can feel:

Signs of Black Tar Heroin overdose are more severe, including:

These symptoms are severe and need assistance as soon as possible to prevent a fatal overdose.

Black Tar Heroin is a highly addictive substance which can lead to death. The key is getting help as soon as possible. Call a dedicated treatment provider to discover your options for treatment. Recovery can start today.