Opium is made from the cloudy sap that comes from puncturing a poppy seed pod. Papaver somniferum is the species most commonly used to harvest Opium. This sap is Opium in its crudest state. As it dries, the sap turns to a sticky, brown resin. Opium resin has been used to make analgesics since ancient Sumerians in Mesopotamia referred to it as Hul Gil, or the “joy plant.” The plant contains over 80 alkaloids, of which six are found in the largest proportions naturally: Morphine, Codeine, Thebaine, Papaverine, Narcotine, and Narceine. The amount of each alkaloid varies between batches, though Morphine amounts are typically the highest (making up to 19% of air-dried Opium).

While Morphine is the most commercially viable alkaloid, Codeine is commonly used in cough suppressants. Thebaine is used in the production of Oxycodone, Oxymorphone, and Buprenorphine. Dried poppy seeds also contain small amounts of Opiate alkaloids that can similarly result in a positive drug test–without causing any palliative or sedative effects.

Opium has been abused for its pain-relieving effects for thousands of years. It can be smoked, taken in pill form, injected intravenously, or snorted. Signs someone has taken Opium include slowed breathing, nausea, confusion, constipation, dry mouth, and drowsiness. The euphoric rush it triggers is linked to a release of dopamine (a chemical in the brain’s reward response system) and is a primary component in the development of addiction.

Opium is among a class of central nervous system depressants with potentially lethal effects on a person’s breathing rate. Respiratory depression caused by Opioids, however, can be much more immediately powerful than other substances (often resulting in overdose). Some Opioids can reduce an individual’s breathing to the point of unconsciousness within minutes of ingestion.

Opiate abuse frequently leads to fatal overdose. 130 Americans died of an Opioid overdose every day in 2017.

Opium is in a category of Opioids that includes prescription medications (like Oxycodone and Codeine), Morphine, Fentanyl, and Heroin. The long-term effects of addiction to Opioids are characterized by a physical and mental dependence on the drug. This can involve drug-seeking behavior that persists despite negative consequences, like being arrested or overdosing. Once a person has developed a dependence, stopping or reducing use of any Opioid can result in painful withdrawal symptoms (commonly described as the most severe case of the flu). As such, withdrawal from Opiates can be life-threatening and detox should be conducted in a medically-managed environment. 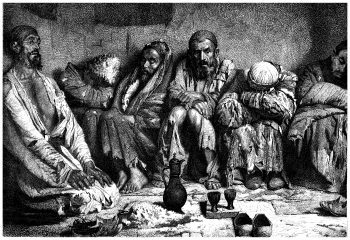 The first recorded use of the poppy plant comes from Sumerians in lower Mesopotamia around the time of 3,400 B.C. In time, they passed knowledge of poppy crop cultivation on to Egyptians, where Opium trade thrived under Thutmose IV, Akhenaton, and King Tutankhamen. About 460 B.C., the father of medicine, Hippocrates, noted the plant’s benefits as a narcotic. However, during the time of the Inquisition, church officials claimed it came from the Devil (due to its association with the East). Subsequently, use was forbidden in the 1300’s. Yet, sentiment toward the plant eventually shifted again and, 300 years later, Elizabeth I directed merchants to bring back the finest Opium in India to England.

In addition to becoming a substantially more addictive substance through scientific discovery, the Opium Wars erupted between China and England in the 1800’s. In 1803, German pharmacist, Friedrich Sertürner distilled the more potent Morphine from the plant’s alkaloids. In 1853, Dr. Alexander Wood began administering Morphine with a syringe in Edinburgh (the effects were immediate and three times as powerful). In 1874, English scientist, C.R. Wright, created Heroin by boiling Morphine over a stove. As more people fell victim to Opioid addiction with each new, stronger iteration of Opium, governments around the world struggled to regulate its trade, sale, and use.

Opium and Opioid Addiction in the U.S.

While abuse of crude Opium specifically has declined over the past two centuries, abuse of Opium-derivatives is at its highest. Overdoses involving prescription Opioids, Heroin, and synthetic Opioids (like Fentanyl) have increased nearly 600% since 1999. Nearly 70% of 70,200 overdoses involved an Opioid in 2017. That same year, 2.1 million people suffered an Opioid Use Disorder (OUD) but less than 10% got help for their addiction.

In the U.S., Opioid addiction remains a primary public health problem. Congress passed a number of laws throughout the 20th Century and founded a several federal agencies (including the Drug Enforcement Agency in 1973 and the Substance Abuse and Mental Health Services Administration in 1992) to investigate and curtail substance abuse. The Affordable Care Act, in 2010, and states’ subsequent expansion of it, mandated healthcare coverage for addiction treatment and allowed more people to receive recovery services. Most recently in 2018, in the midst of the Opioid Epidemic, President Trump signed the SUPPORT for Patients and Communities Act into law to provide funds that prioritized addiction treatment and addressed over-prescription.