What Is the Opioid Epidemic?

The epidemic of Opioid abuse has destroyed hundreds of thousands of lives in the United States. Many people have died from Opioid overdoses, and many more now suffer from debilitating addiction to drugs that they first used with a prescription to relieve pain. This catastrophe has unleashed death and misery across the country for over two decades, yet only recently have policymakers and the public begun to devote attention and greater resources to the problem. Opioid addiction is a terrible and life-threatening burden, one which no one chooses to bear. Fortunately, with personal determination and support from family, friends, and recovery experts, anyone can overcome the power of Opioids and regain their life and freedom.

The Costs of the Opioid Epidemic

The word “epidemic” is usually used in reference to an infectious disease which devastates a specific population in a certain area at a particular time. Opioid abuse is not literally an infectious disease. However, the crisis of Opioid addiction and overdose in the United States is comparable to any epidemic in the recent history of the industrialized world.

Every day in the United States of America, about 130 people die from an Opioid overdose. From 1999 to 2017, Opioids claimed the lives of 399,230 Americans. Since the late 1990s, the number of Opioid deaths which have occurred each year has steadily risen. There were 47,600 overdose deaths in the United States which involved at least one Opioid in 2017, a six-fold increase from the number of Americans who suffered a fatal Opioid overdose in 1999. In only four years, from 2013 to 2017, Opioid deaths significantly increased in 35 states, a harrowing reality for which the growing prevalence of illegally manufactured Fentanyl and other synthetic Opioids is responsible. By 2013, the Opioid Epidemic had cost the American economy $78.5 billion. This economic calamity has almost certainly worsened in the last five years.

The Victims of The Opioid Epidemic 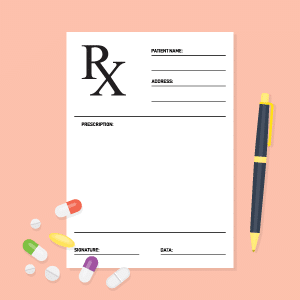 Every victim of the Opioid Epidemic is valuable and important. The victims of Opioid addiction are parents, children, siblings, and spouses. They are often productive and law-abiding citizens who have no experience with crime or drug abuse. Even still, the addictive effects of Opioids on the brain are so powerful that many people become addicted after using prescription Opioids to alleviate pain, such as after surgery or an injury.

The Opioid Epidemic began when doctors started to frequently prescribe Opioid painkillers. Pharmaceutical corporations claimed that their products were not addictive and even bribed doctors to prescribe them. From 2006 to 2016, doctors in the United States issued over 200,000,000 Opioid prescriptions every year. The number of Opioid prescriptions fell slightly to 191,218,272 in 2017. Opioid painkillers which doctors commonly prescribe in the United States include OxyContin® and Percocet® (both manufactured with the Opioid Oxycodone), Vicodin®(manufactured with Hydrocodone), and Kadian® (manufactured with Morphine).

Many people are able to use Opioids without any long-term side effects. Nevertheless, about 20% to 30% of people who take prescription painkillers misuse them, often by taking too many too quickly. Between 8% to 12% of patients who abuse prescription Opioids develop an Opioid use disorder, the forerunner of addiction. People with an Opioid use disorder often attempt to obtain more Opioids, even those which are illegally manufactured, and about 5% of them will experiment with Heroin, an Opioid which caused over 15,000 deaths in 2017.

The Opioid Epidemic and the Law

Despite the consequences of the Opioid Epidemic, Opioids are legal to use, possess, and manufacture as medication. The law allows doctors to prescribe Opioids to their patients. Under the Controlled Substances Act, the federal government classifies most Opioids as Schedule 2 controlled substances. The law categorizes drugs into five “schedules” based upon their medical usefulness and potential to cause addiction. Hydrocodone, Methadone, Codeine, Morphine, Hydromorphone, Oxycodone, and Fentanyl are all Schedule 2 Opioids, which means they are highly addictive and that no one may use them lawfully without a written prescription from a doctor. Heroin is a Schedule 1 controlled substance which is completely illegal to use or possess for any reason.

In America, manufacturing Opioids without authorization and using and distributing them without a prescription is illegal. Even still, Opioid addiction often breaks legal barriers. Drugs traffickers have reaped enormous profits in recent years from selling Opioids against the law. People who can no longer obtain Opioid prescriptions and who seek to avoid Opioid withdrawal are potential customers for synthetic Opioids and Heroin. Drug traffickers sometimes lace synthetic Opioids into other illegal drugs such as Methamphetamine, or they deceptively sell illegally-manufactured synthetic Opioids as painkillers. Opioids which are manufactured illegally and without medical oversight may present higher risks of overdose than prescription Opioids.

The Opioid Epidemic and the Government

The humanitarian and economic costs of the Opioid Epidemic have recently motivated the federal government to take action. In 2018, President Donald Trump signed a law which Congress approved with overwhelming support from Republicans and Democrats. The SUPPORT for Patients and Communities Act reforms Medicare and Medicaid to better help patients with Opioid addiction. It also promotes nationwide education about the risks of Opioids. Furthermore, in 2017, the President declared the Opioid Epidemic a public health emergency. In response, the Department of Health and Human Services has granted over $1 billion to community health centers which are working to treat and research Opioid addiction.

Meanwhile, state governments are investing in medical treatment for Opioid addiction and educational programs about Opioid prescriptions and misuse. Many states are launching initiatives to distribute the medication Narcan (or Naloxone), which reverses the effects of an Opioid overdose. They are also imposing tougher regulations on doctors who prescribe Opioids. Additionally, almost half of the states have enacted “Good Samaritan laws,” which protect people from criminal prosecution who call 911 to get help for themselves or someone else who has overdosed on a controlled substance. Some states are also filing lawsuits against the pharmaceutical corporations which have been marketing and selling Opioid painkillers.

Today is the Day to Fight Opioid Addiction

Opioids have inflicted staggering costs on America, but there is hope for recovery for someone who has an Opioid addiction. If you or someone you care about is struggling to overcome addiction to Opioids and prescription painkillers, please call the number on this website to talk to a dedicated treatment provider for rehab related information. There are over 14,000 substance abuse recovery centers across the country where anyone can get support from Opioids.