Can You Become Addicted to Ultram (Tramadol)?

Ultram® is among the brand name versions of the Opioid painkiller, Tramadol. Other brand names include ConZip®, FusePaq Synapryn®, Rybix®, Ryzolt®, and Ultracet® with acetaminophen. Typically, the drug has been prescribed to treat moderate to severe pain. The chemical structure of Tramadol is similar to Codeine and is, likewise, among the weaker-acting Opioids on the market. However, the risk of developing an Ultram addiction remains high due to the way prescription Opioids interact with receptors in the brain.

Soon after receiving FDA approval in 1995, the Drug Enforcement Administration (DEA) began issuing reports of high rates of diversion for illicit use and high rates of pill abuse (Tramadol became a Schedule IV substance in 2014). In the following years, the FDA adjusted the warning label to inform patients that Tramadol “may induce psychic and physical dependence of the Morphine-type (μ-Opioid).” Developing an Ultram dependence may be more likely among senior citizens, who are more likely to receive long-term prescriptions for the medication.

Ultram can be especially dangerous when combined with other substances. As emergency room data shows, Tramadol poisoning and overdoses are more likely to occur when the drug is taken with alcohol, Benzodiazepines, or other Opioids. These substances are all central nervous system depressants and, when taken together, can reduce breathing to the point that it stops completely. As such, an overdose death is significantly more likely when mixing Ultram with other substances.

In 2015, there were 26.5 million Tramadol prescription purchases for adults in the U.S.

Approximately 73% of Tramadol-related emergency room visits in 2011 involved another substance such as alcohol or other drugs.

Opioids as a class of drug, including Tramadol, may cause side effects like: 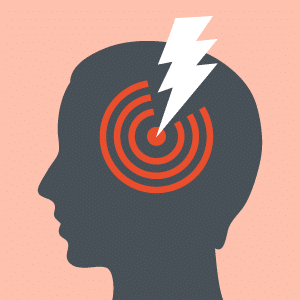 These effects may subside the longer a person takes Ultram, yet this increases the risk of developing a tolerance to the drug’s analgesic effects. When people build up a tolerance to the drug, they need to take higher and higher doses to get the same effects. Typically, when people with an Ultram tolerance or dependence quit taking the medication, they experience symptoms of withdrawal. These symptoms may include teary eyes, yawning, sweating, chills, muscle and joint pain, anxiety, abdominal cramps, vomiting and diarrhea, weight loss, and increased blood pressure and respiratory rate.

Taking too much Ultram can cause the opposite, leading to overdose. Symptoms of an overdose include pinpoint pupils, reduced breathing rate and difficulty continuing to breathe, extreme lethargy, muscle weakness, clammy skin, reduced heartbeat, unconsciousness, and coma.

Taking too high a dose of Tramadol has also been shown to cause seizures – or, taking lower doses in combination with medications that lower the “seizure threshold” – known as serotonin syndrome. As such, medicines like MAO and SSRI inhibitors should not be used with Tramadol.

How to Identify an Ultram Addiction

As stated above, an Ultram dependence or addiction can be identified by the presence of withdrawal symptoms when a person stops taking the drug. According to the DEA, there are two types of withdrawal, one more common than the other. Approximately 90% of people develop mild-to-severe flu-like symptoms, feelings of agitation or anxiety, and drug cravings. The other 10% are more likely to develop more severe symptoms of withdrawal, including:

Other signs of Ultram addiction include:

Depending on the severity of the individual’s addiction, he or she may require medically-supervised detox and rehab in order to recover. For some, discussing any withdrawal symptoms or drug cravings with a doctor can help ignite the transition to addiction treatment. Detox services and rehab facilities may be able to prescribe addiction treatment medications like Buprenorphine and Methadone. Commonly referred to as medication-assisted treatment (MAT), this type of clinical therapy has been shown to reduce painful withdrawal symptoms as well as ease cravings and increase the person’s likelihood of completing treatment.