The Connection Between Human Trafficking and Opioids

Tragically, human trafficking and opioids are closely linked in many ways. Human trafficking is both caused by and a cause of opioid abuse, and the crimes very frequently share the same perpetrators and victims.

What Is Human Trafficking?

Human trafficking is an organized criminal activity involving the selling and exploitation of people for forced sex or labor. Most victims of human trafficking with an intent to work are adult men, young boys, and girls, while women and young girls are most often the victims of sex trafficking. The most targeted persons would be those who have a life of sexual or physical abuse, desperation or a need to be loved (low self-esteem), people with unstable family dynamics, and kids from unhealthy foster homes.

The Global Slavery Index cites 403,000 individuals were “living in the conditions of slavery” in 2018. Child trafficking statistics are disturbing. Sources cite over 41% of human trafficking—both sexual and labor—stem from a family member recruiting them into it. Nearly 15% of trafficking cases emerge from a partner recruiting them, while 11% are from the child’s friend.

Women and young women account for 66% of human trafficking cases. Female immigrants are the most targeted group for sex trafficking as they have little to no family in the United States. They may have problem speaking the English language and are dependent on others for survival, or do not have legal documents to ensure their stay in America. A 2018 study revealed 9,000 “illicit” massage parlors in America staffed women who were sexually exploited. Some were mothers. While immigrants are often targeted, 83% of sex trafficking victims in the United States are Americans.

Almost half of human trafficking is because of a family member. For example, some cases involve parents lying to children making promises of better education or jobs. Parents may offer their children the chance to live in America to pursue an education, knowingly selling them into forced labor.

Local cases of sex trafficking can be a byproduct of America’s Opioid Crisis. States like Virginia and Ohio account for some of highest rates of Opioid abuse in the nation. As a result, children of parents using Opioids end up in foster care, can be traded for drugs, or are in positions where they are sexually exploited. When children are forced to abuse Opioids or stimulants, they risk a life-long dependency and fatal overdoses. 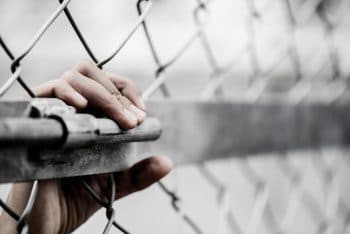 Often times, women become dependent on heroin and other powerful opioids by force. Case studies reveal customers of sex trafficking victims offering drugs in exchange for sexual services. Trafficking recruiters have used social media to lure in helpless victims into sex trafficking rings. The cycle of exploitation is dangerous, destructive, and damaging to everyone involved.

Human trafficking, both forced labor and sexual exploitation, deeply affect physical and mental wellbeing. Trauma is a common side effect of suffering in such devastating conditions and can bring up new  emotional and mental conditions. Because of the relationship between mental illness and substance abuse, the individual who was not a substance abuser now may become one.

Survivors of sex trafficking when studies have released suffering from the following:

The nature of exploitation and abuse can create symptoms that may or not be treated, and, in turn encourage unhealthy methods of coping with a toxic reality. During the moments victims of sex trafficking are being sexually exploited, they may cope by using drugs like Heroin or Cocaine. Both of these drugs are widely abused and increase the body’s dopamine levels. Dopamine creates euphoric feelings, which may seem to be the answer to an extremely disempowering and hopeless circumstance. For forced labor, individuals can battle similar states of mind, and use substances to combat working long hours with little wage and protection. Regardless of the type of slavery one is in, many victims, sadly have a drug or alcohol dependency.

Getting Clean and Starting Over

Attempting to leave a life of slavery poses psychological risks and is very complicated. Out the outside, it seems obvious to encourage people to leave and get clean in a short amount of time; however, it is not always that simple. There is still hope for victims of trafficking with social programs and treatment in rehabs for those who have battled such damaging circumstances. Don’t give up the fight. There are victim rehabilitation centers, especially those focusing on drug detox, therapy, and psychological treatment that can provide a safe space. If you know someone in this circumstance, they may be too afraid to make a life-changing call.