The Scope of Opioid Addiction Among College Students

College is a time of growth that is often challenging, yet rewarding, for students. Because most people try drugs for the first time in their late teens-early twenties, many drink excessively or experiment with drugs. When young adults start using drugs, prescription Opioids are the second-most common choice after Marijuana. Most people won’t develop a drug addiction, yet a notable percentage of students do. In 2016, approximately 7% of college-aged adults reported misusing Opioids; 0.6% used Heroin.

Abuse of medications like Vicodin® and OxyContin® by college students has increased 343% between 1993 and 2005. Furthermore, one study of student drug abuse found that one of every four colleges studied had student bodies where 10% or more abuse prescription Opioids. Misuse of prescription painkillers was higher at competitive universities and among European American students, those who lived in fraternity or sorority housing, and students in off-campus housing. Students who reported abusing Opioids were also more likely to have lower-than-average GPAs, live off-campus, and engage in more impulsive and dangerous activities.

For the undeveloped brain of an 18 to 24-year-old, long-term Opioid abuse can cause significant damage – especially to the still-growing prefrontal cortex (involved in decision-making). Due to the mental and physical effects of Opioid abuse, a college student suffering from an Opioid addiction is likely to prioritize finding and using Opioids above attending classes and schoolwork. Despite negative consequences at school, work, or home, addicted students will continue drug use.

Factors That Contribute to Opioid Addiction Among College Students 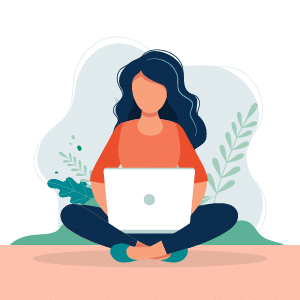 Most college students do not plan on becoming addicted to prescription or synthetic Opioids. In reality, regular use of a prescription like Ultram can lead to misuse, the development of a tolerance to its effects, and ultimately addiction. Among students who use Opioids for non-medical purposes, more than half reported getting them from a friend. The two most common reasons students gave for repeatedly taking Opioids were to get high (43%) and for pain relief (40%).

Risk factors that might cause college students to start taking Opioids include:

In 2009, 8.4% of college students abused the popular prescription Opioid, Vicodin.

Getting Addiction Treatment as a College Student

According to one study on young adult addiction, college students are overwhelmingly unlikely to reach out for help when they are suffering from a Substance Use Disorder (SUD). Only 8.8% of students who met the criteria for a SUD sought any treatment. Most students who needed treatment were apprehensive about asking for help because they feared being labeled an “addict” and what their family, friends, and peers would think. Pressure from parents and friends convinced an average of 33% of students to get treatment, while another person (i.e. teacher, health professional, fellow student, et cetera) not necessarily within students’ social sphere convinced more students to get help (58%).

Students who develop an addiction in their youth are more likely to struggle with drug dependency for longer than those who become addicted later in life. They’re also more likely to experience health and legal issues from drug use and fatally overdose – cutting their life short by decades. Principally, preventing Opioid misuse is the best method of curbing drug addiction. Parents and schools should educate young people about the dangers of pills early and encourage participation in drug-free programming.

For college students suffering or recovering from an Opioid addiction, a university campus can be an extremely triggering environment. Some schools offer sober living dorms as well as counseling for students enrolled in classes. The White House also suggests students attend 12-step programs and other support groups/activities that promote a healthy, substance-free lifestyle. Regardless, for some students, taking a break from classes and focusing on one’s health may be the best option for recovery.