Carfentanil is an analog (related substance) of the synthetic opioid Fentanyl. The Belgian doctor Paul Janssen first synthesized Carfentanil in 1974. Beginning in the 1980s, Carfentanil began to be used as an ingredient in Wildnil®, a tranquilizer for large mammals such as horses and elephants. Doctors in the United States do not prescribe Carfentanil to human patients because the Opioid is so powerful. While doctors sometimes prescribe Fentanyl to patients who are suffering from chronic and severe pain, Carfentanil is too potent for humans to use as medicine. In fact, according to the National Institutes of Health, Carfentanil is 100 times more potent than Fentanyl and 10,000 times more potent than Morphine. Sufentanil, the most powerful fentanyl analog which the CDC has approved for human use, is still 10 to 20 times less potent than Carfentanil.

A few grains of Carfentanil can kill someone. Scientists do not yet know the exact fatal dose, but since a 2-milligram dose of fentanyl (smaller than a penny) can be lethal, exposure to an even smaller dose of Carfentanil is enough to take a person’s life. The life-threatening symptoms of contact with Carfentanil begin within minutes. The Opioid will cause a person to feel drowsy and disoriented and stop breathing. The medication Narcan® will save someone from the effects of a Carfentanil overdose if administered immediately after exposure.

Under the Controlled Substances Act, the federal government classifies Carfentanil as a Schedule 2 controlled substance. That means that it presents very high risks for abuse and overdose. The law prohibits anyone from possessing Schedule 2 drugs without a written prescription from a doctor. Carfentanil is useful for sedating large animals, but because the Opioid is lethal to humans, there are no legitimate medications which contain Carfentanil. In almost all circumstances, Carfentanil is illegal to use, possess, or manufacture in the United States. 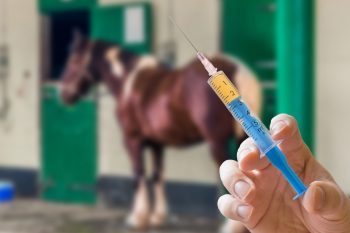 Until 2017, Carfentanil was legal in China. As a result, Chinese manufacturers sent the drug through the international mail system to customers in the United States. According to the Drug Enforcement Administration, Carfentanil is the cause of hundreds of the casualties of the Opioid Epidemic. Drug traffickers sometimes combine Carfentanil with Heroin or Methamphetamine to create more powerful and expensive products. Along with Heroin, Fentanyl, and U-47700 (another synthetic opioid), Carfentanil is a component of “gray death,” a drug to which authorities have attributed several fatal overdoses since 2016. Carfentanil usually looks like white powder and may be mistaken for other drugs.

Carfentanil has the terrible distinction among Opioids of being a potential chemical weapon. The Russian government weaponized Carfentanil into an aerosol spray in 2002 and accidentally killed about 100 people while attempting to save hostages from separatist militants.  The Chemical Weapons Convention explicitly prohibits governments from using Carfentanil in war. Although all Opioids are dangerous, Carfentanil is the most dangerous. Carfentanil might never again be used on the battlefield, but it continues to claim innocent lives in the neighborhoods and streets of America. In 2017, a trace of Carfentanil killed a 1-year-old girl in Pennsylvania.

Many people who encounter Carfentanil do not survive. Someone who is struggling with addiction to Opioids may eventually lose their life to Carfentanil combined with another substance. If you or someone you know is battling opioid addiction, you should contact a dedicated treatment provider today. Recovery from addiction is always possible with determination and support.